The Shoe hits the Wall 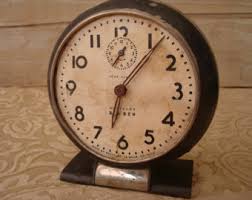 The only story I know about my great grandmother Margaret “Maggie” Hillsman Askew was the one told to me by my mother. “My father courted my mother Ola Askew in their parlor in White Plains, Georgia, and he did so under the stern eye of her watchful mother. It would have been around 1921 when they first began courting – my mother was about fourteen years of age when they met and married at the still young age of just sixteen. How they met, well that is a buried secret now, and back then people just didn’t talk about their past lives as we do today.”

As Ola was of a young age, courting was only in the family parlor. He did take her out in the buggy with the surrey on top once, but scared her to death when he ran in the ditch – never did she climb back in the buggy again; my grandfather visited the parlor quite often. He was a young man of twenty-seven in 1921 – home from the war and back working on his father’s farm. During that time period, women often married older men.

Ola’s mother was remembered as a woman of few words – more actions. When Maggie felt it was time for Edgar to leave, she often sent one of the younger children in with Big Ben to show him – Edgar’s dry sense of humor often extended his time.  He’d say to the child “what a nice clock”. Maggie was wheelchair bound at this point in her life – another mystery to unravel as to why! After a few times of the child going back and forth with the clock, well that’s when the shoe would hit the wall. He knew then that she meant business and it was time for him to get his show on the road. Knowing my grandfather I’m sure he left with a sly smile on his face.

Maggie’s husband, Samuel L. Askew died in 1919 and left her with six of her eight children still living home, and herself wheelchair bound. I’m sure the children who were old enough worked to support the family. My mother told me how the younger children collected iron during the war times to sell, as many families did. Her mother often talked about how she, along with her siblings, collected piles of iron in their yard to sell.

During one of Ancestry’s free search periods I began searching for parents of my elusive Maggie Hillsman Askew. I had previously searched before, but came up empty each time, but today was different – that link gave me her parents and further, plus all her siblings.

My mother’s middle name of Rebecca was always a mystery to me, but I soon discovered why. Maggie’s mothers name quickly jumped off the page to me – Rebecca A. Mapp married to Jasper L. B. Hillsman (Hilsman). After discovering her name, I went back and looked at all of Maggie’s children’s names. I had forgotten my grandmother Ola had a sister named Rebecca. I can only assume she must have been a favorite sister to Ola, as she gave her name to my mother.

When you look at things as a whole, you look different and after I made the clip of the family, it was like – Wow – they named all the girls with an “M” name – then they had a boy with a “J”! This family seemed to do things in multiples in many ways, besides the naming, three of the Hilsman sisters married three Marchman brothers. Mildred Hilsman married James Thomas Marchman, III, 27 January 1881; Twin sister, Minerva married Asa Leven Marchman, 22 September 1887, and Myrtice married Samuel Mosely Marchman on 11 November 1885.

After much searching, I finally found Maggie with her parents on the 1870 Taliaferro County, Georgia census – the very census I’d looked at many times before, but this time I clicked it open. The reason I never opened it before was because it was written that this was a black family. I opened it to see who else lived nearby and that’s when I saw the actual census – which listed them as white, and nearby were other family members. I left a notation on the census as to the error. That is why sometimes you have to ignore errors and look at the actual file yourself.

Once armed with this new information, I soon found more history on my elusive Hillsman line, learning they came into Georgia through North Carolina and originally from Tennessee. Many early record spellings of their name was Hilsman, later records recorded it as Hillsman. My Jasper L. B. Hillsman was born in 1776 in N.C. but came to Georgia about 1800 with his brother, Micajah Hillsman, after the death of their parents at a young age. The Wake County, N.C. court minutes show that they sued their guardian’s estate for damages and won – that seemed to have had a bearing on them coming to Georgia. It was written in the book Georgia, Compromising Sketches of counties, towns, events, institutions and persons, Vol. III, pg. 440… Bennett Hillsman’s parents were massacred by Indians when he was about 13. Later with younger brother Micajeh and older sister Patsy, they came to Georgia and settled in White Plains.

Many times in searching for family history you’ve forgotten some of the details you already had, and in those times you often unravel more than you originally were looking for – that’s the fun of it. This search took me back a few more generations on my Hillsman line that had kept me against that formidable brick wall. Another piece to the puzzle!