The Tale of the Two Nancy Bryan’s…

Who is the real Nancy Bryan married to my John Bryan (RS) from Franklin County, Georgia? 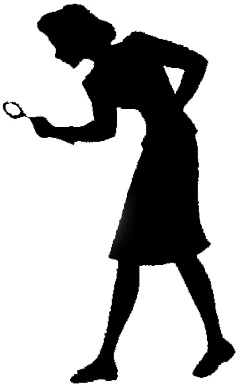 question every Bryan researcher has asked about our John Bryan (RS).

After years of research, and with the help of others insight – I now know that Nancy Bryan (1) is not the Nancy Mayes Bryan (2) who was born 1790 Ga. and died 1876 OK. It doesn’t help having the four of them sharing such common names as John and Nancy – making it even more difficult, but I have not given up the search of my Nancy’s (1) maiden name.

I hope to clear up some of the confusion, with info found on another site of a fellow researcher. If you search this line, check out his site for more info:
Michael Parks http://www.bauer.uh.edu/parks/genealogy/tjbryan.htm

The 1825 will references the Gwinnett County land of John Bryan (RS); the 1830 Gwinnett Co., census lists Nancy Bryan (t), born circa 1770/1780 (No. 1), widowed wife of John, and her son Ittar/Hetto on adjacent property in Gwinnett. The subsequent transaction deeds seem to indicate 8 legatees of the will (thus perhaps 8 children) – although I have accounted for only six deeds; John Jr., Elizabeth, James, Tarence, Ittar, Thomas.

Besides Illac (Hetto/Ittar/Ety/Illac) and Thomas that were listed in the will of John Bryan (bc 1750/60 -1826), land records indicated other children of James; Tarrence; John Jr.; and Elizabeth; (Mrs. Ransom Cain).

From the work of Michael Parks on Nancy and John’s son Hetto/Ety/Ito/Ittar Bryan:
“The Lost Connection to “Ito” and the 1850 Dekalb Georgia Census. My father used to speak of an ancestor named “Ito” on the Bryan side of our family. The use of the spelling “Ito” is only my interpretation of my father’s words. It sounded like a long letter “E” followed by the word “toe.” E-TOE. It was nowhere written down. Now for the STRETCH – how do we show that the “Ittar” Bryant is the same as “Hetto” Byant on the 1850 Dekalb Co. Census. In the 1825 will, it was written as “Ittar,” but the census takers spelled it more phoetically. If this “Ittar” who is adjacent to Nancy (No. 2) on the 1830 Gwinnett Co. census is a son of John Bryan, then I feel that she was the wife of John Bryan Jr.” Got more on this Ittar Bryan, see Michael Parks web page on the spelling of the name of Ittar Bryan(t).
http://www.bauer.uh.edu/parks/genealogy/tjbryan.htm

Nancy Mayes (No. 2) married to John Bryan was born circa 1790 – about the same time as my James Bryan (b. 1791) so this clearly rules her out as being James mother. Actually my John Bryan would be her father in law – as she married his eldest son, John Bryan Jr. It’s written that they only had one child, Joel Mayes Bryan. If true, the 1820 Census of Habersham County shows a John Bryan with a wife and one male child age 10-15 years of age. (Most likely this is John Bryan Jr. with wife Nancy Mayes and son Joel Mayes Bryan.)

I conclude that Nancy Mayes is the daughter of John Mayes (1770-1803) and Charlotte Samuel Mayes and was NOT married to my John Bryan (RS) who served in the Revolutionary War – but WAS instead married to his son John Bryan Jr.

I believe the Mayes name to be of Indian nationality or part of. Joel Bryan Mayes was listed as the founder of Mayes County, OK. This is documented in the Oklahoma Historical Society’s Chronicle of Oklahoma, Vol. 15, pg. 58. This area was Indian Territory.

In Harry F O’Beirne’s 1892 The Indian Territory; Its Chiefs, Legislators and Leading Men, p. 103. “Joel Bryan Mayes was named for his cousin, Joel Mayes Bryan, who was the only son of John Bryan and Nancy (Mayes) Bryan. Joel Mayes Bryan was born in Bates County, Georgia on Oct. 2, 1809. He came to the Indian Territory in 1832 and built his home seven miles of Stilwell, Adair County, Oklahoma in 1838. He later sold this

farm in 1883. Joel Mayes Bryan later operated the Salt Works at the old Union Mission for many years and died on August 7, 1899 (Find a Grave lists Aug. 8, 1898). He is buried in the family cemetery on the old Bryan farm southeast of Pryor, a farm owned and occupied by his son. (Oklahoma Historical Society’s Chronicles of Oklahoma, Vol 15, No. 1 March 1937. Pg. 58)

After the last dated land relinquishment’s of land belonging to John Bryan (RS) in 1830/31, we have Joel Mayes Bryan and mother Nancy (2) immigrating to Indian Territory (Oklahoma) in 1832.

I have not researched this, but the relinquishment deed (Recorded Habersham Co., Ga. Deed Bk. LL, pg. 13) of James Bryan signing to Joel Mayes Bryan in 1830 – did Joel Mayes Bryan sell this land in 1832 when he moved to Oklahoma? Another twist and turn to research – at some point!

I conclude that Nancy Mayes is the daughter of John Mayes (1770-1803) Charlotte Samuel Mayes and was NOT married to my John Bryan (RS) who served in the Revolutionary War – but WAS instead married to his son John Bryan Jr.

VERY, VERY NICE! Great Job! I had never found a spouse for John Bryan, Jr. I’m sure all the records we need were in some burned out courthouse – LOL. Thanks for all the great digging 🙂