Just like the show “Survivor” –  this final week had me “reflecting” and “reviewing” my past 51 weekly stories. Links to them can be found under “Story Index” at the top of my Home Blog page. Story Index: https://jinsalacoblog.wordpress.com/about/

I pondered for weeks, probably months on what my final story would be. Should it be a new story, a walk back through previous stories adding newly found information recently discovered, or just wishful rambling? Decisions, Decisions… How do I make this decision?

First, let me tell you how this family research obsession of mine really began? My first delve into family research actually began in the 90’s on my husband’s family. I became intrigued listening to their family stories when I came to Connecticut – and they had many stories to tell. Connecticut was far different from Georgia – they talked  funny here!

His family loved to tell tales of their life growing up on their farm and memories of a place here called Savin Rock; a place similar to Coney Island in New York. Being an only child, I was intrigued with these new family traditions, foods, stories and photographs. I soon became the keeper of their stories and many family pictures. I filed away all those stories, until one day when I began writing them down. The family often says, “if you want to know something about our family, go ask Jeanne – she knows more about our family than we do.”

It was quite an attraction in its “hey day” but unfortunately I arrived in Connecticut when most of it was gone – but I was able to experience it through all their stories and at times making me feel as if I had been there – right alongside them!

My husband’s grandmother, Domenica “Minnie” (DeTulio) Cambino was the matriarch of the family. Grandma Minnie was called at every holiday for the family recipes, “how many cups of flour, how long do I bake it?” I quickly took note – there were no written recipes for all their holiday foods – they relied on calling their mother. I took it upon myself to watch, measure, and write down recipes for all their holiday foods – and finally creating recipes for those special foods I’d come to love and enjoy. Eventually that led me to create two family cookbooks. The first one was more of my Southern foods, photos, and remembrances – and when they saw it they immediately asked, “where are our recipes,” which led to the second cookbook. Those cookbooks were my beginning. 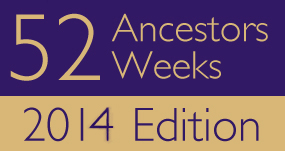 It seems like just yesterday when the weekly Ancestry email caught my eye – and I read the challenge by Amy Johnson Crow, author of the blog “No Story Too Small”. She was asking anyone to join her in this challenge to blog 52 weekly stories. “Have one blog post each week devoted to a specific ancestor. It could be a story, a biography, a photograph, an outline of a research problem — anything that focuses on one ancestor.”

I was like a little fish there and I bit – hook, line and sinker!

At this point, I hadn’t been active in genealogy research for a few years; only when the occasional email inquired about someone or I was sent new information would I gear back up for a few weeks. This was my chance to jump back in, write more stories and discover more history. As I stepped into the challenge a couple of weeks late, I quickly played catch-up to be on track; I was off and running to the tune of almost 90,000 written words and memories in 52 weeks.

This final week has me remembering how my mother said that from a young girl, I was inquisitive as to where I was from, but unfortunately I have no memory of that. If only I had pursued that earlier in life, just imagine what more I could have learned.

Just recently I’ve discovered more on my Uncle Leroy McKinley – my mother’s only sibling. I acquired a couple of new photos on him, one actually taken in Belgium; I’m assuming that’s where he landed before he was killed after the “Battle of Metz” in Germany. I’m working now on acquiring his records to see if he actually took part in that battle, which was a prominent one I’ve discovered.

Besides concentrating on ancestor stories, I also included stories on where they lived. One area being Bowden Pond, which I managed to learn quite a bit on after having an editorial published in the Greensboro, Georgia newspaper. I was contacted by a local woman who wrote me much information on the area and I even found two postcards on EBay of this pond. Who knew there were ever postcards? No one else seems to have known that either. Imagine the dam breaking around midnight and seeing all those fish flopping on the banks – and the neighbors knocking on your door – telling you to come quickly to gather the fish.

Just when I thought I’d heard all my mother’s stories – out she popped one evening with “did I ever tell you about the time I flew in a plane over Siloam during the war?” Um, No you didn’t! That led to another story of an almost forgotten local airfield used in teaching the army boys to fly.

My Ah Moment’s story had me writing about those pictures you receive in the mail – you know the ones that make you want to jump and down – then you realize everyone around will look at you like you’ve lost it. Receiving the picture of my father at age three was definitely one of those moments! I had always wished for one of my grandfather cooking his famous BBQ and out of the blue one day I received a letter from his brother, Gordon, with a note, “I thought you’d enjoy this photo.” It was a simple picture of my grandfather, alongside his brother, Clyde, and they were chopping BBQ. It’s priceless to me!

I wish I could have had that talk with my father to learn about his life in the Navy and what it was like at sea as he sailed on the ships. What did he think the first time he came face to face with the USS Blue Ridge in San Diego, California? Was he on deck as it sailed under the Golden Gate Bridge – what did that bridge look like as he sailed underneath? What were his thoughts when he experienced the atomic bomb testing at Bikini Atoll and what did he see? I know he jumped in the radioactive ocean there – what was he thinking? Or not! I missed out on so much not hearing it directly from him. If you’re reading this and your parents are still living – don’t put off having those talks.

I would have had more long talks with Granddaddy McKinley and Granddaddy Bryan – questioning them probably to the point when they would have called my mother…“take this child home so I can have some peace and quiet.” I was inquisitive as a child, but just not on the family stories. Oh, if only I knew then, what I know now! My inquisitiveness had me tramping through Granddaddy McKinley’s barn checking out gadgets like his corn sheller – and leaving kernels of corn all over the barn floor to feed the mice with; shooting at the farm bell with my BB gun – hearing the ping, ping, ping until yelled at to stop – or even worse, ringing the farm bell summoning the neighbors thinking something was wrong. Oh, how I wish I had that BB gun today, but I did save that farm bell. I can still see my grandfather Bryan on the ladder taking it down for me; I’m told it came from Mecklenburg Co., N.C.

I could have stood more closer to my grandmothers and watched them cook, taking in exactly how they prepared the foods – making me to not have to guess today. I could have had my Granddaddy Bryan’s secret BBQ sauce recipe. I could have asked more cooking questions on “how do you make that” – to learn first-hand. Lot of “could have’s” here in my wishful writing.

My grandmamma McKinley wasn’t really cooking when I grew up as she had Alzheimer’s, but I bet Granddaddy McKinley might have been able to tell me how she made her famous blackberry pies and jam and pear preserves – if only I had thought to ask. I do remember bringing blackberry jam home that she made when I was really young, but I was too small then to pay attention to her cooking. I could probably have watched granddaddy make a pan of biscuits though, as Mama said he made them whenever grandmamma was sick – although she laughs about them as she remembers them as really large biscuits. I would like to know how grandmamma made her vegetable soup I heard so much about. My father loved her soup and was almost in tears the day he dropped the jar in the sink and had to throw it all out. Granddaddy even built her a corner cupboard in the dining room, at the farm, just so she could store the jars in there for the winter – mama remembers it always being full.

Everyone Has a Story…

I would love to have heard the story first-hand from Granddaddy McKinley about the time he caught the thief stealing from their root cellar. Granddaddy sent grandmamma, mama and Leroy to town while he crawled up in the root cellar with the shotgun. It wasn’t long after they left when he heard someone coming in – which he said hello to – with the barrel of his shotgun. It was the tenant on the farm who worked for him – needless to say he was sent packing. I bet that was a story he told later to the men that Saturday afternoon at the filling station while playing checkers.

If you haven’t had the chance to read my stories on what a strong woman my grandmother Ola Askew McKinley was, or my meeting cousin Ila Stargel Jones Sewell at age 93 (happy to report she’s still living), or how my father ran away at age fifteen with a fake ID to join the Navy. Grab yourself a cup of coffee and read away – and thanks for pulling up that chair to sit with me awhile these past 52 weeks.

Thank You Amy Johnson Crow for issuing that challenge and keeping me motivated during the year to write those stories. I’ve discovered much more on my family lines as well as meeting new bloggers in the challenge and making new friends. It’s been a long and fun ride and I’m sad to see it end with the posting of this week’s story. Amy has issued another challenge for 2015 and in as much as I want to, I don’t know if I can commit to another 52 stories but… I’m sure there will be something – a few stories here and there.  I will continue to write and share when I can. I look forward to compiling my stories in book form in the New Year. 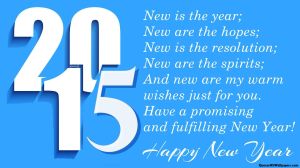 Happy New Year to everyone who took the time to read my stories and share yours with me. I’ve enjoyed meeting many new bloggers this year, making friends, and I look forward to their 2015 stories they will be sharing with me!

Ready to Take on the World

From the Perspective of a Young Almost-Real-Life Adult

Stories Served Around the Table
Living the Dream